That’s it, you have identified the right period to go to Dubai and you are now wondering how to get there. Indeed, before choosing a luxury hotel for your stay in Dubai, you have first to book your flight to Dubai. In fact, if you come from Europe, the fastest way to travel to Dubai is of course to fly. However, it is also possible to get there by boat, a certain number of cruises departing from Europe are stopping at Dubai.

What is the flight time to Dubai?

Located in the heart of the Middle East, in the United Arab Emirates, Dubai is very close to Europe and Asia. If you come from the US, it will take a little bit more time to travel to Dubai. There are a large number of flights arriving in Dubai every day. Thus, you can always find a seat available on a plane to go to Dubai, even at the last minute. And in general, air tickets to Dubai are very cheap because air traffic is very high, therefore the offer is significant and competition between airlines is really strong.

Here is the flight time from a number of big cities to Dubai :

There are two airports in Dubai : Dubai International Airport (DXB IATA code) and Dubai World Central – Al Maktoum Airport (DWCC IATA code). Numerous airlines offer every day direct flights to Dubai. Dubai has become a leading destination for both beach holidays and business travel. It is also a major hub where many companies are stopping over on the route between Europe and Asia, Australia and Indian Ocean islands. 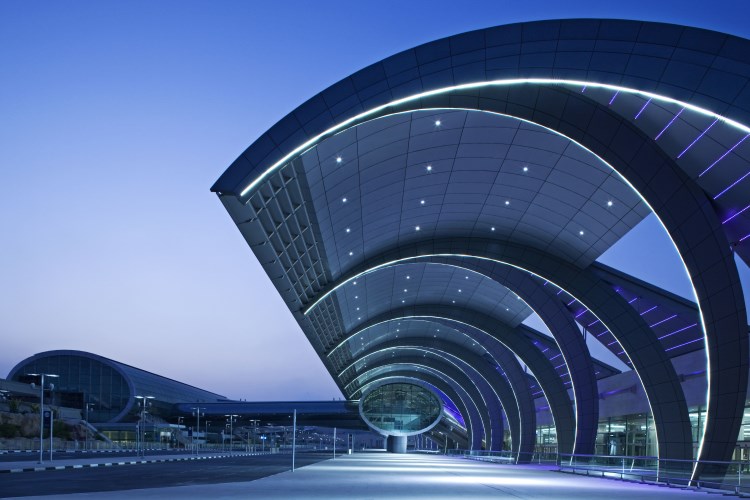 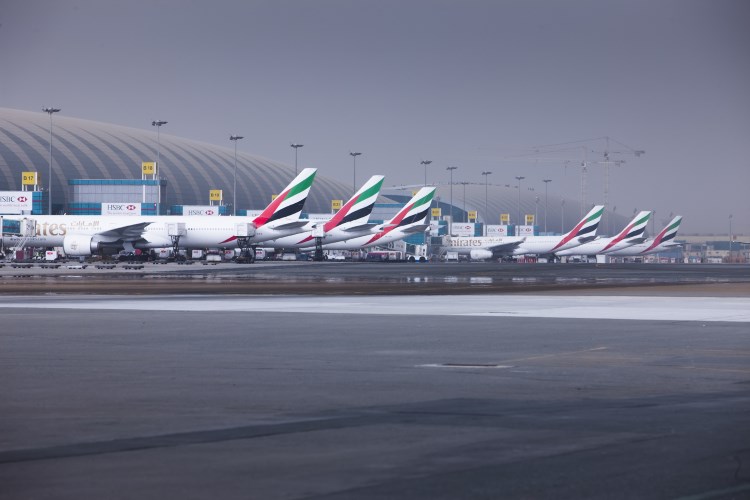 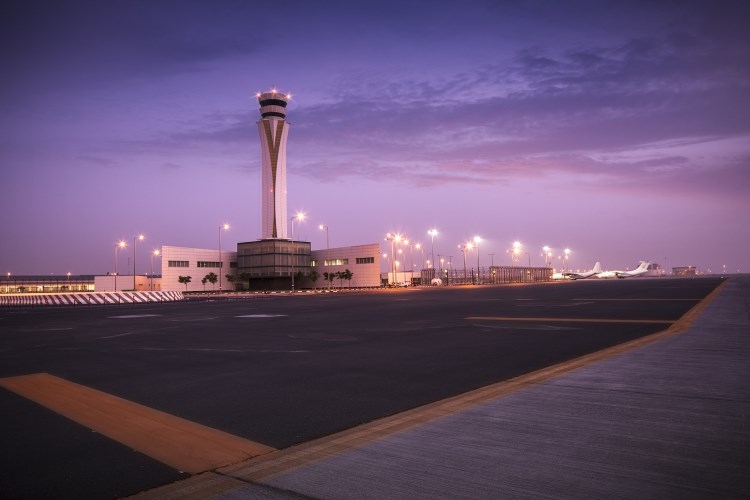 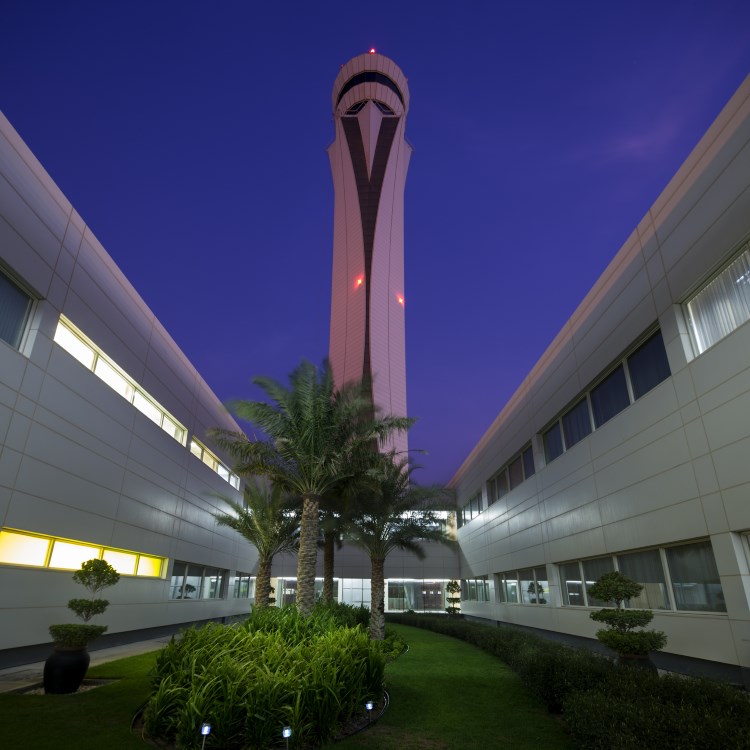 Dubai International Airport is in the top 10 of the biggest airports in the world in terms of number of passengers passing through it with more than 79 million in 2015 (it is the first airport for international passenger traffic worldwide). The international airport is located east of the city. It is very close to downtown. Indeed, you can reach two of Dubai main attractions, the Burj Khalifa (world’s tallest building) in fifteen minutes and the Palm Jumeirah (man made island) in less than 30 minutes from the airport.

The duty free area of Dubai International airport is very wide and allows you to buy some gifts before leaving Dubai. You can also relax in one of the many private airline lounges if you are traveling in business class or first class. If you are looking for a VIP service, Emirates lounges feature a spa, the Timeless Spa, where you can get a massage before boarding. Finally, whatever your travel class and company are, you can also book the Marhaba Lounge at Dubai Airport that offers the services of a classic airport lounge for a fee. 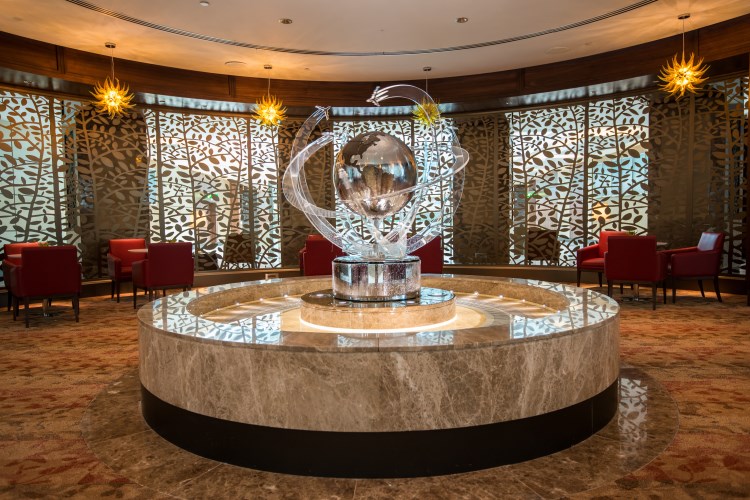 The Dubai International Hotel is directly connected to Terminal 1 and Terminal 3 at Dubai Airport. The hotel is located in the airport’s transit area. This is an opportunity to sleep a few hours during a stopover in Dubai between two flights.

Here’s the breakdown of airlines at Dubai International Airport by terminals : 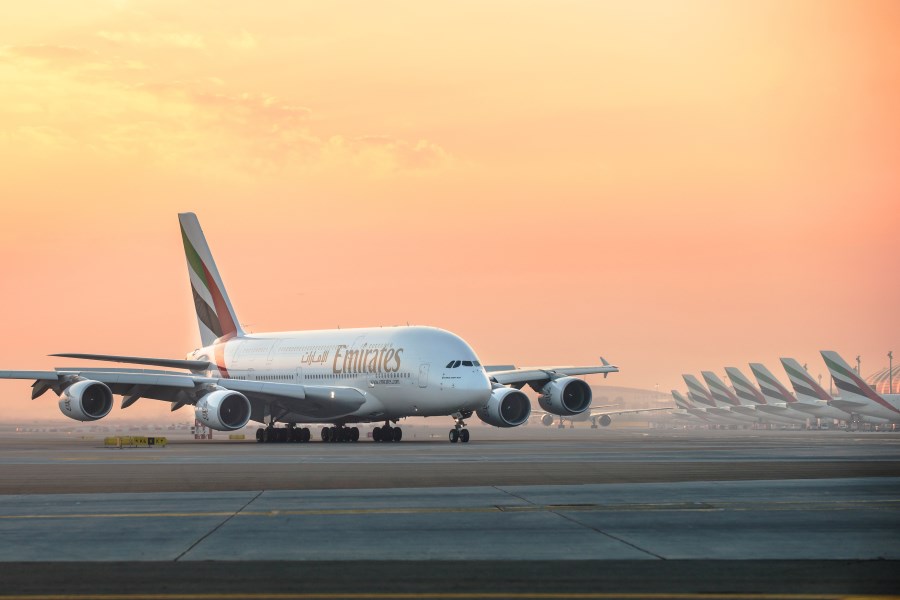 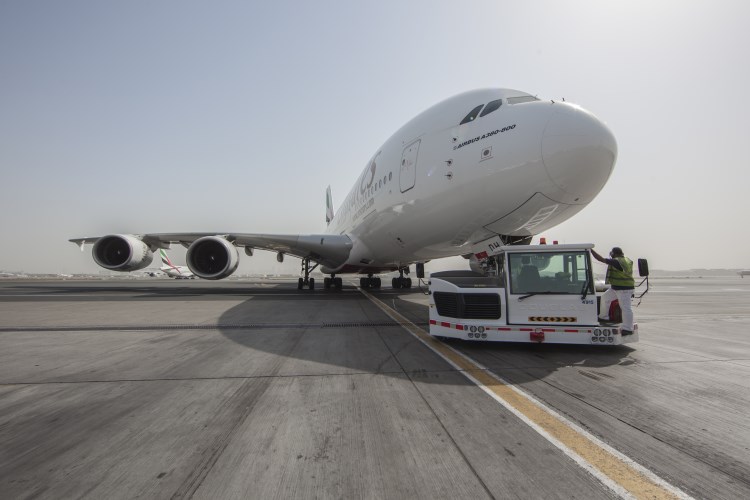 Today, Dubai World Central – Al Maktoum airport is mainly used for freight. Its passenger capacity is currently 5 million per annum and will expand to 26 million in 2017. However, ultimately, it is expected to become the largest airport in the world with a capacity of around 240 million passengers a year. Al Maktoum Airport is west of the city, a big thirty minutes from The Palm Jumeirah.

It is also possible to travel to Dubai via Abu Dhabi Airport which is just a big hour drive west of Dubai. There are just less than 140 km between Dubai and Abu Dhabi. 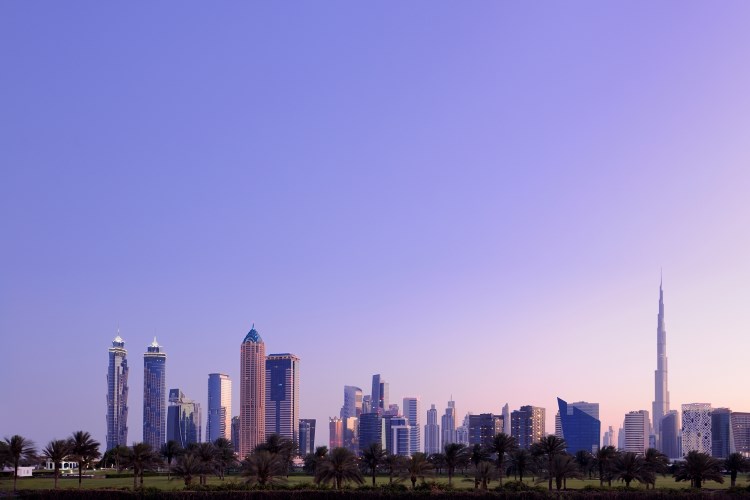 And once you are in Dubai, how to get to your hotel?

Here are the travel time by taxi from Dubai Airport (DXB) to Dubai main neighborhoods and luxury hotels :

Taxis are not very expensive and are a good way to get around in Dubai. It costs a taxi fare between 20 and 35 $ to get from the airport to the hotel depending on how far it is from the airport.

The international airport also allows to reach downtown Dubai with the metro which is a good alternative to taxi. The Dubai metro is very clean and very secure with compartments dedicated to women if they are looking for this. There are several zones and therefore several fares but the ticket price does not exceed 2 $. You can also buy a monthly pass for 80 $. Dubai Metro runs from 6:00 to 23:00 or midnight depending on the day.