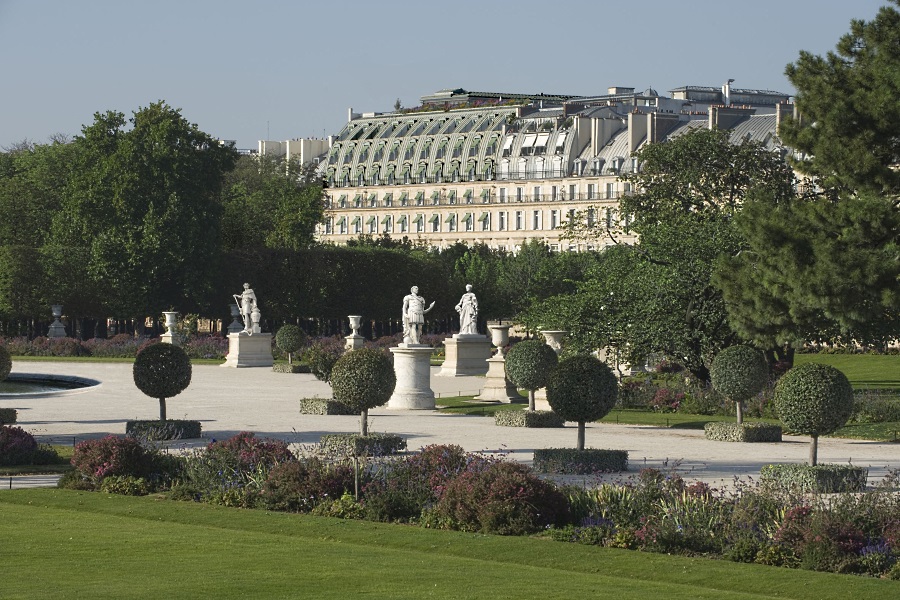 Le Meurice Hotel belongs to the exclusive circle of the iconic palaces in Paris. Located in the heart of the first quarter, it proudly stands in front of the Tuileries Garden, close to the Louvre Museum, the Louvre Carrousel, the Place Vendôme and the Rue du Faubourg Saint-Honoré. Lined of the Rue de Rivoli’s arcades. 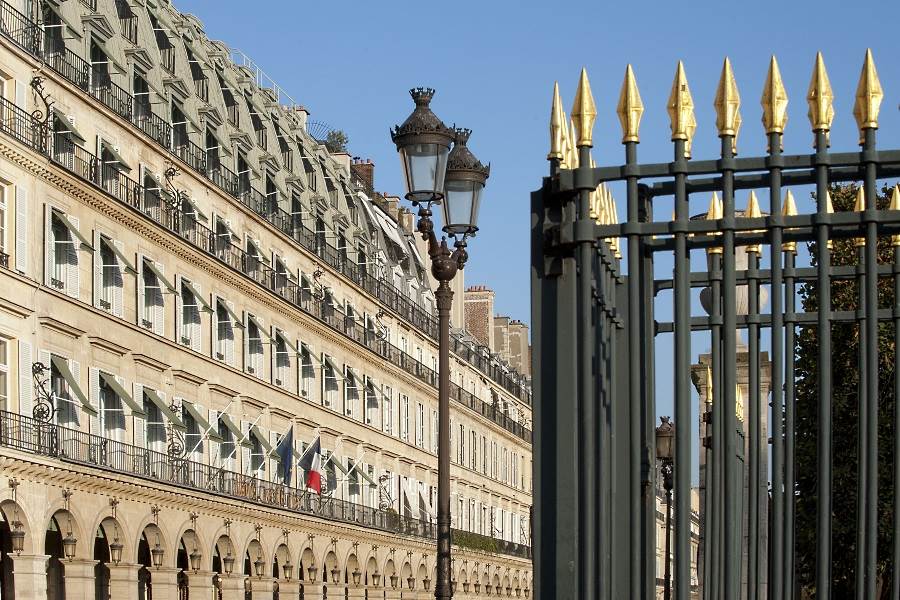 This sumptuous property appears like one of the symbols of Paris, both elegant and opulent. Since its opening in 1835 and all along the renovations, the highest sophistication was brought to its decoration. The Louis XVI-style has always predominated, inspired by the Versailles Castle, the Trianon and the Fontainebleau Castle. The elevator was a perfect copy of the sedan chair of Marie-Antoinette of Austria.

It was naturally that history continued to place its print on it. At the beginning of the XXth, the Meurice was nicknamed the “Hotel of Kings”. It usually welcomed monarchs from Greece, Italy or Bulgaria, the Prince of Wales and the Shah from Persia. Alphonse XIII, King of Spain, made it his second residence before instating his refuge.

During the following decades, crowned heads gave way movie stars, presidents from the whole world and various personalities. One of those master figures, Salvador Dali, sometimes accompanied with tamed ocelots, was used to stay in the ancient Alphonse XIII Suite a month per year for more than 3 decades. The hotel also distinguished itself as one of the last literary salons of Paris thanks to the billionaire and patron Florence Gould who used to organize lunches in this idea. 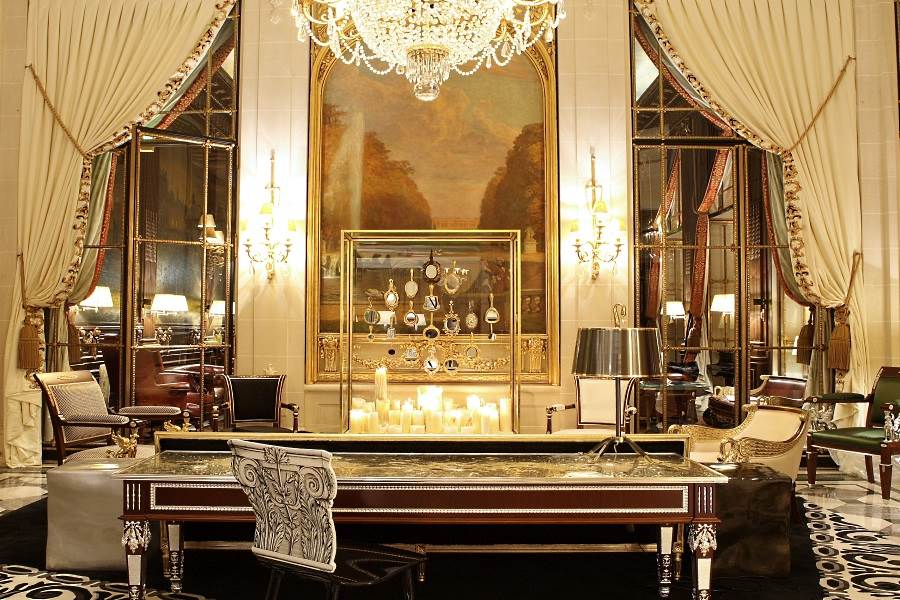 Today, the Meurice jealously maintains its 1900 splendid decoration. At the 2000’s approached, moldings, mosaics and frescoes have been meticulously renovated by specialized craftsmen. The Palace is the essence of Parisian elegance where memories from the past blend with modern requirements. There are about 400 employees to look after every customer requirement.

Opulence and refinement can be experienced in the entire property. The 160 rooms and suites, all in a Louis XVI-style set, broad an absolute comfort, from the latest technologies to the large space they owns. With their thirty set-ups and 170 fabrics selections, the rooms at the Meurice reveal all the charm and the refinement of the French art de vivre. Spacious and often flooded with daylight, the bathrooms offer a range of variations. All of them are dressed up with white and gray marbles, and sometimes red or copper marble (identical as the one we can find at the Versailles Castle).

A particular style corresponds to each floor :

At the first, the Louis XVI set up, all in gold and white, matches with official spirit of the Presidential Suites : Versailles parquet floor, period furniture, chimneys, polish-style beds and paintings. The second and third are especially set for business stays with spacious working areas.

The bedroom of the Prestige Suite

The Living-room of the Prestige Suite

The Living-room of the Presidential Suite

As the starred restaurant of the Plaza Athénée, the other Dorchester palace in Paris, Le Meurice restaurant is also managed by Alain Ducasse. The majestic room of the 3 times starred restaurant Le Meurice, reminds of a theater made of marbles, gildings, bronzes, frescoes, ancient mirrors and crystal chandeliers which enhances the cuisine of Chef Alain Ducasse. On the tables, rare items such as authentic creations from Pierre Tachon or precious pieces of Japanese art and craft signed by Shinichiro Ogata, give the final touch to this out of time setting inspired by the Salon of Peace at the Versailles Castle.

In an as elegant and more contemporary set up, Le Dali restaurant, reveals itself under an impressive 145 sqm (1,560 sqft) canvas imagined by Ara Starck. Its ochre and golden tints sublimate the warm atmosphere of the place. Exclusive creations by Salvador Dali are displayed in the room.

The successful Bar 228 of the Meurice, is a felted place, all wrapped with leather, mahogany wood, paintings and luxurious fabrics. It reminds the racy look of the old English clubs, enhancing the silverware and the crystals bright. 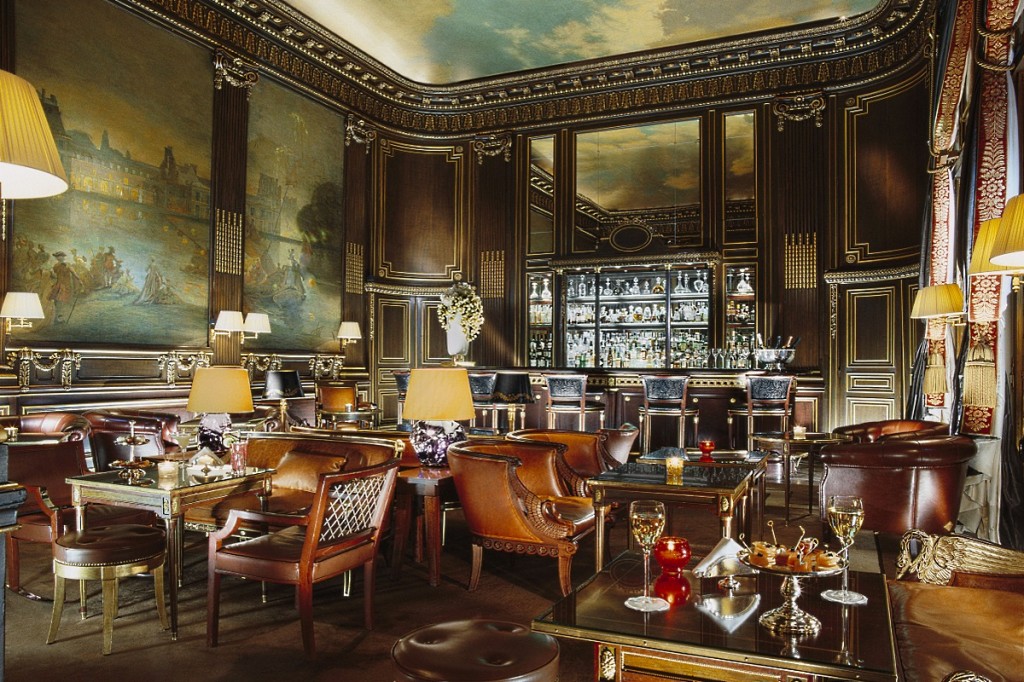 The only Valmont Spa in Paris

For a true rejuvenation, the new Valmont Spa of the Meurice is an inescapable stop. After those high quality Swiss beauty treatments, the terrace overlooking the Tuileries Garden is an invitation to laziness. After sipping a fresh smoothie, you would love to offer your face to the By Terry make up artist’s fingers.

The view over Paris

Le Meurice offers a prestigious setting for the organization of events. The Salon Pompadour, Salon Tuileries and Salon Jeu de Paume allow you to welcome 500 guests. The historic and felted background of the hotel is perfectly set for weddings and fashion shows.

Staying at the Meurice Hotel is the certainty of creating lasting memories of Paris.