During our stay at the Fairmont Monte Carlo hotel, we had the opportunity to dine at Nobu, an inescapable restaurant in Monaco. Nobu is a reference for us, we also wrote about him after a fabulous dinner at the Atlantis The Palm hotel in Dubai.

Nobu, also known as Nobuyuki Matsuhisa, is a Japanese Chef mastering the art of melting flavors from different countries : the fusion cuisine. He draws his inspiration from traditional Japanese cuisine and melts it with flavors from Latin America. Monaco’s Nobu has been inaugurated in 2014 by Chef Nobuyuki Matsuhisa with his associates Robert De Niro and Meir Teper.

Nobu restaurant, the story of a worldwide success

Nobu is known across the world, beyond cultures. His restaurants have major success in regions as different as Dubai or Moscow, Saint-Moritz or Mexico, Beijing or Melbourne… and also in major United States cities such as New-York, Los Angeles, Las Vegas, Miami Beach, Dallas or Honolulu.

The restaurant is set with a Japanese felted and zen background. Naturel tints are creating a relaxing and chic atmosphere, with the Mediterranean sea and the Italian Coast as backdrop. 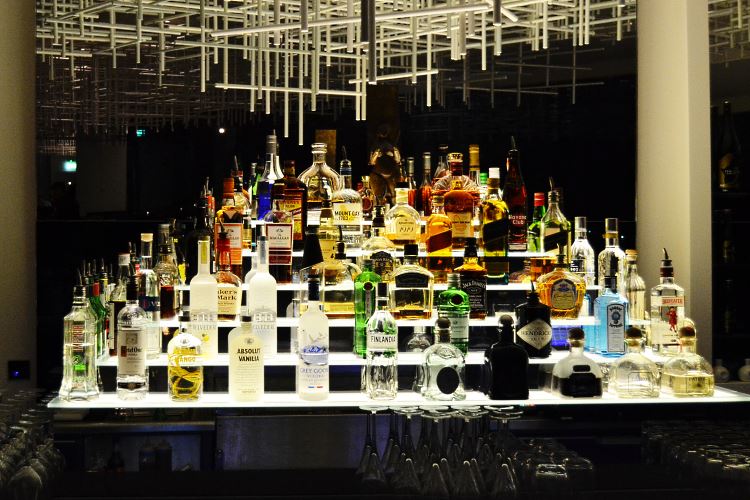 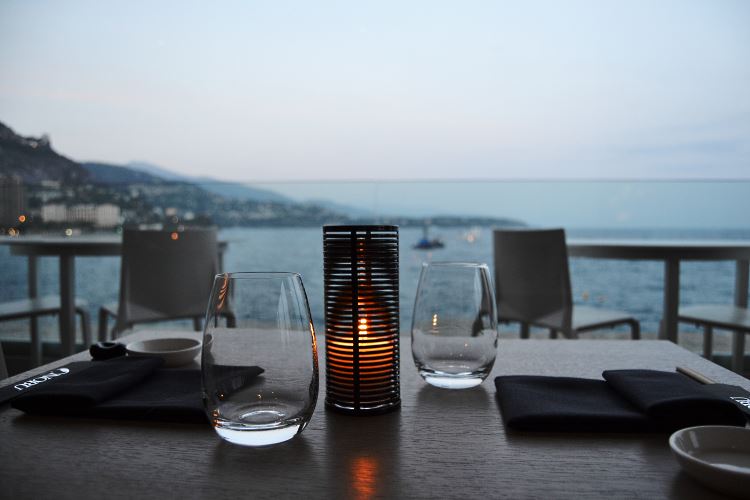 As an extension to the Fairmont Monte-Carlo hotel, the space is well opened with large floor to ceiling windows with a view over the sea leaving the feeling that you are aboard a luxurious cruise boat. The show is on the horizon and the yachts in the bay as well as the open kitchen where meals are prepared in front of your eyes. 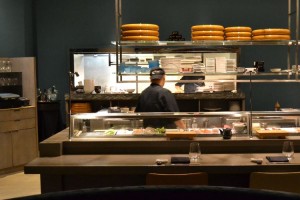 To come back to our dinner, we have been well advised in the selection of the meals. Nobu philosophy is to bring you into a culinary journey that will surprise you while still matching your taste. Here is one of the upsides of the concept.

Our selection was made of four meals to share. To start, we have been delighted with the Nobu New Style Sashimi Scallop. Delicious! It is a scallop carpaccio lightly spicy with herbs and sesame seeds.

Then, we have been guided to the Nobu Black Cod Yuzu Miso which is a recipe that made Nobu reputation across the world. What a revelation! The fish first marinated and then cooked in a way that you will have the feeling to separate thin but firm petals with your chopsticks. It is enhanced with ginger flower and a light sweet sauce.

To extend this journey, we have tasted the Nobu Yakimono which is beef tenderloin with yuzu sauce and truffles. The ingredients are enhancing each other. And the meat can be savored with any knife, just the chopsticks as it is so smooth. 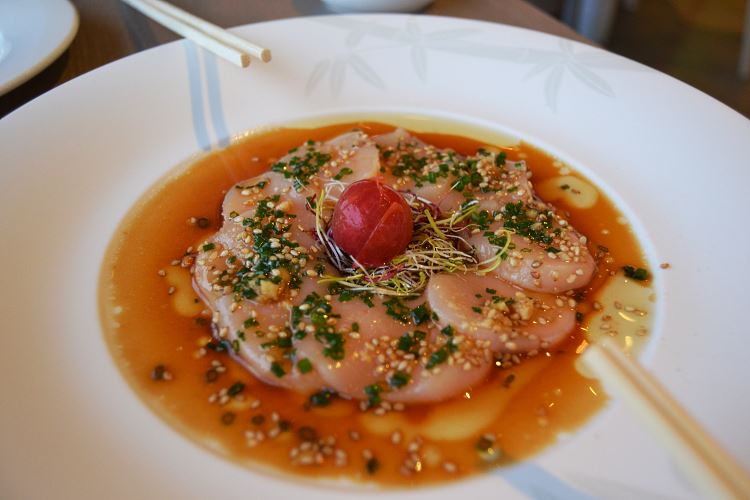 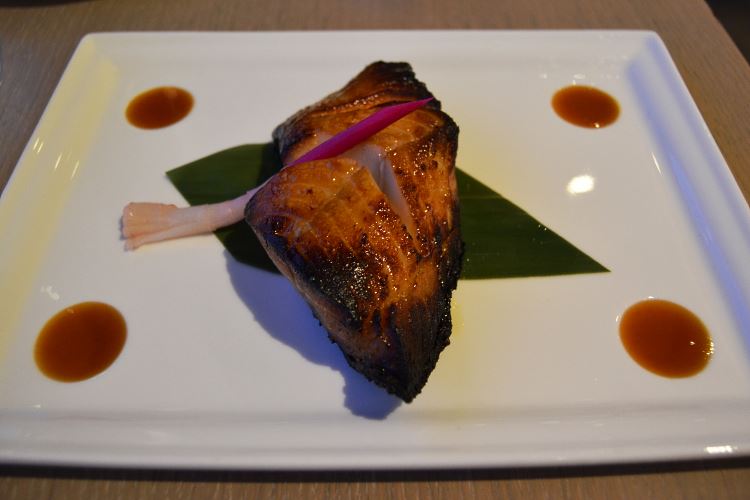 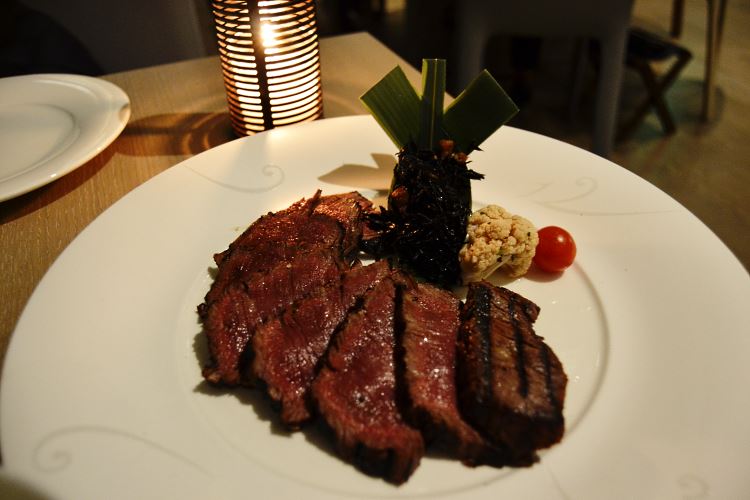 Nobu is the best Japanese restaurant in Monaco

We have concluded this dinner with a selection of ice cream and sorbet, including the green tea creation.

And then to end the evening, you can relax at the lounge bar along the swimming pool. Its rooftop location offers a panoramic view. From there, the sight is caught by the sea, Monaco bay, the theater, the Monte-Carlo casino and the mountain. Simply unique! 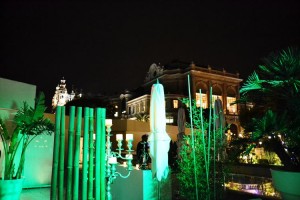 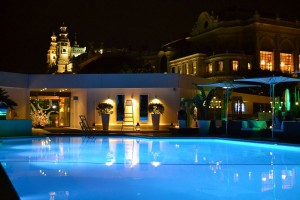 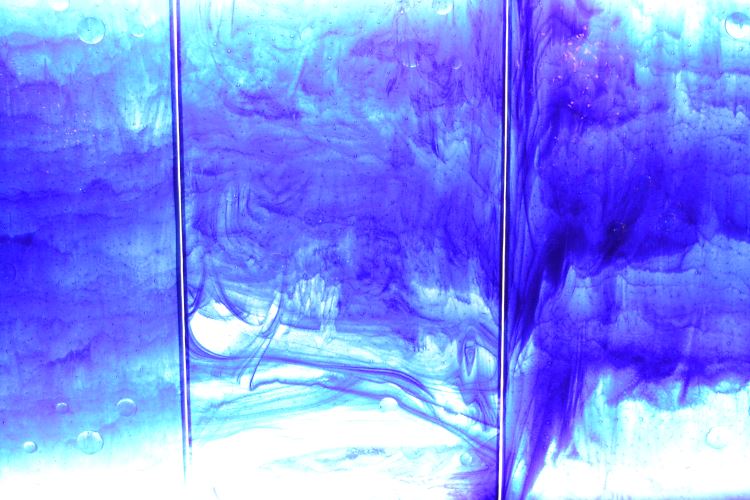