The B4 Nice Plaza is located in Nice, between the Place Masséna and the Promenade des Anglais, next to the Opéra. The hotel is located 4 km away from the Nice airport and really close to the railway station. Most of the Nice city attractions are just few steps away from the hotel. The B4 Nice Plaza is the second hotel of the Boscolo hotel group in Nice, with the other one being the Boscolo Exedra. 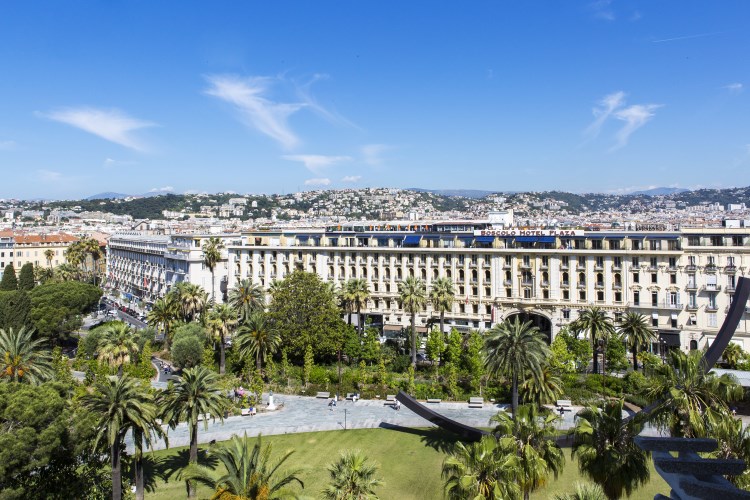 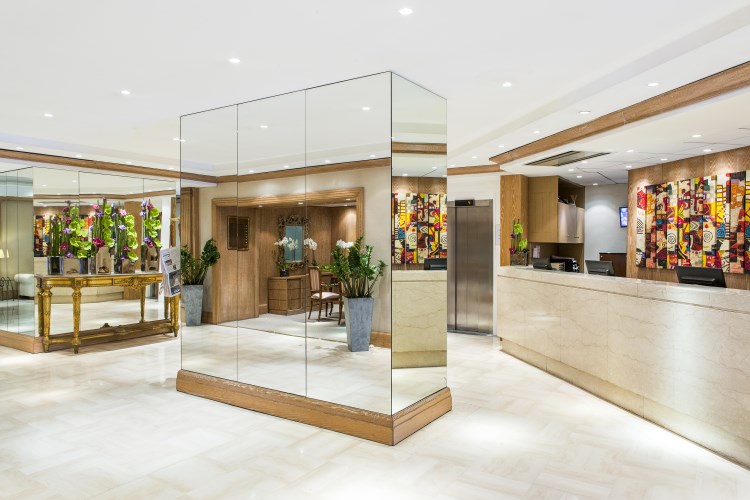 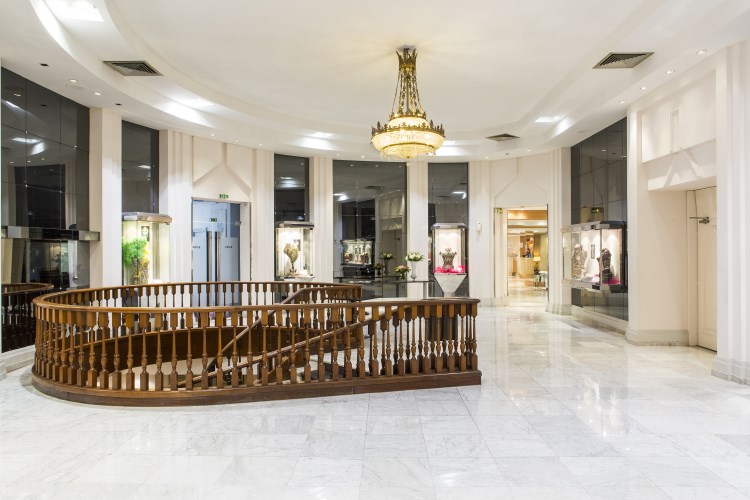 Chandelier in the hall 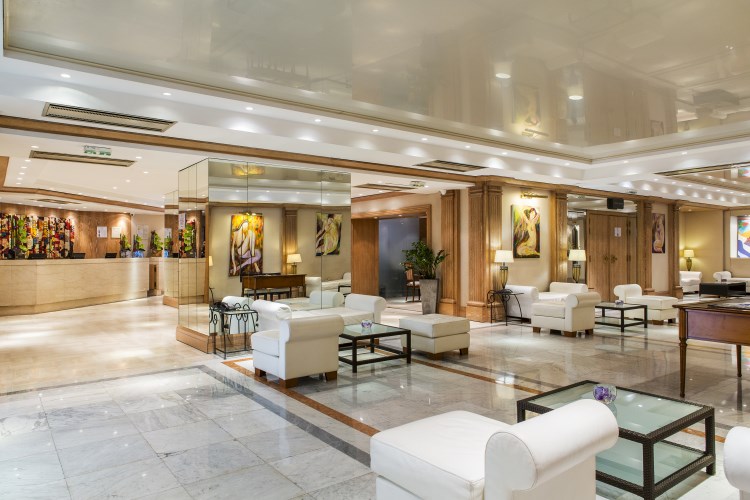 It is a classic and neoclassic style hotel. Decoration is made of clear tones.

The 172 guest rooms and suites have an outstanding view over the bay or the city of Nice. All are connected to Internet thanks to the free WiFi access. The guest rooms have the air conditioning. 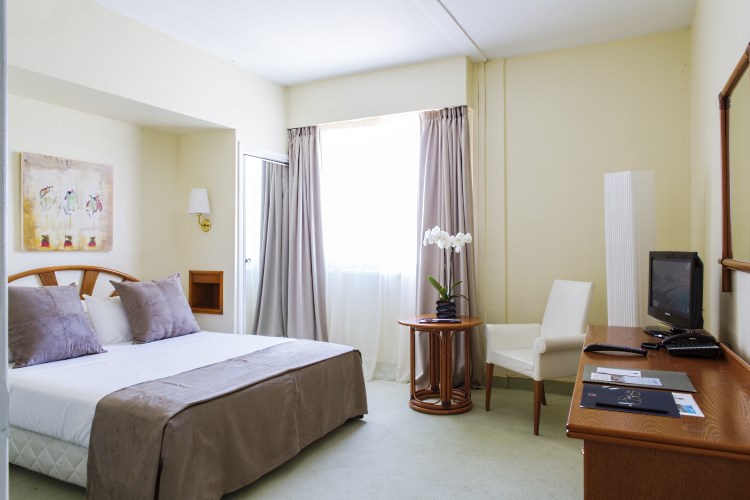 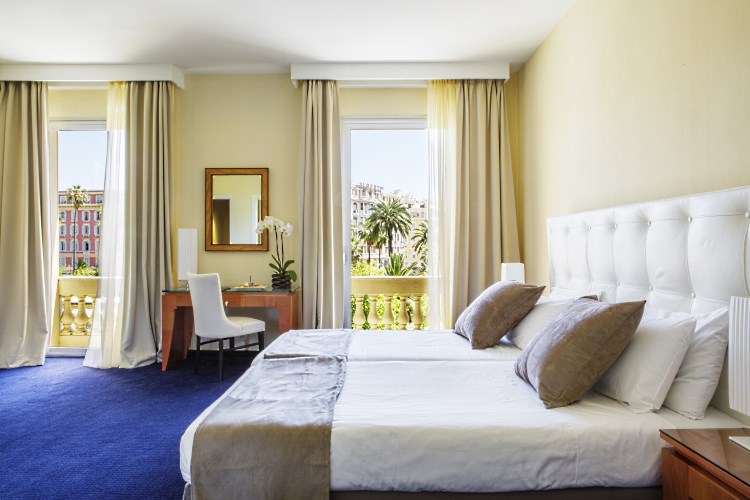 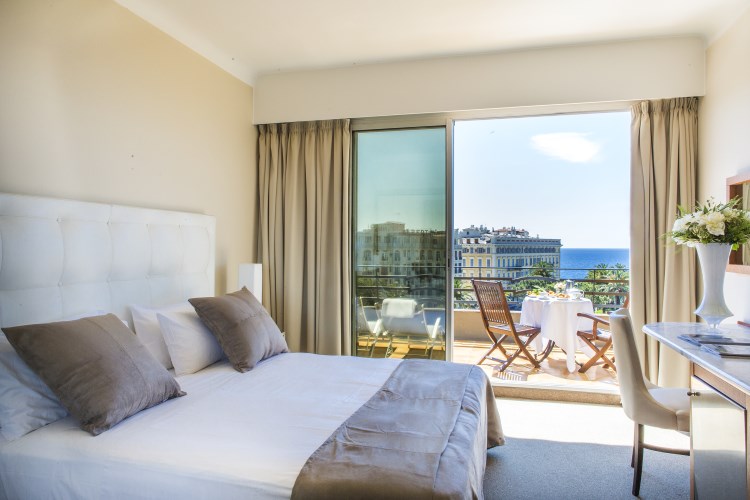 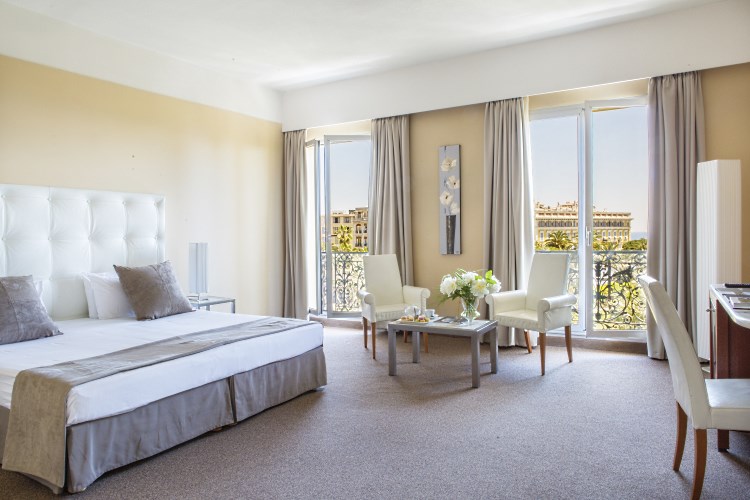 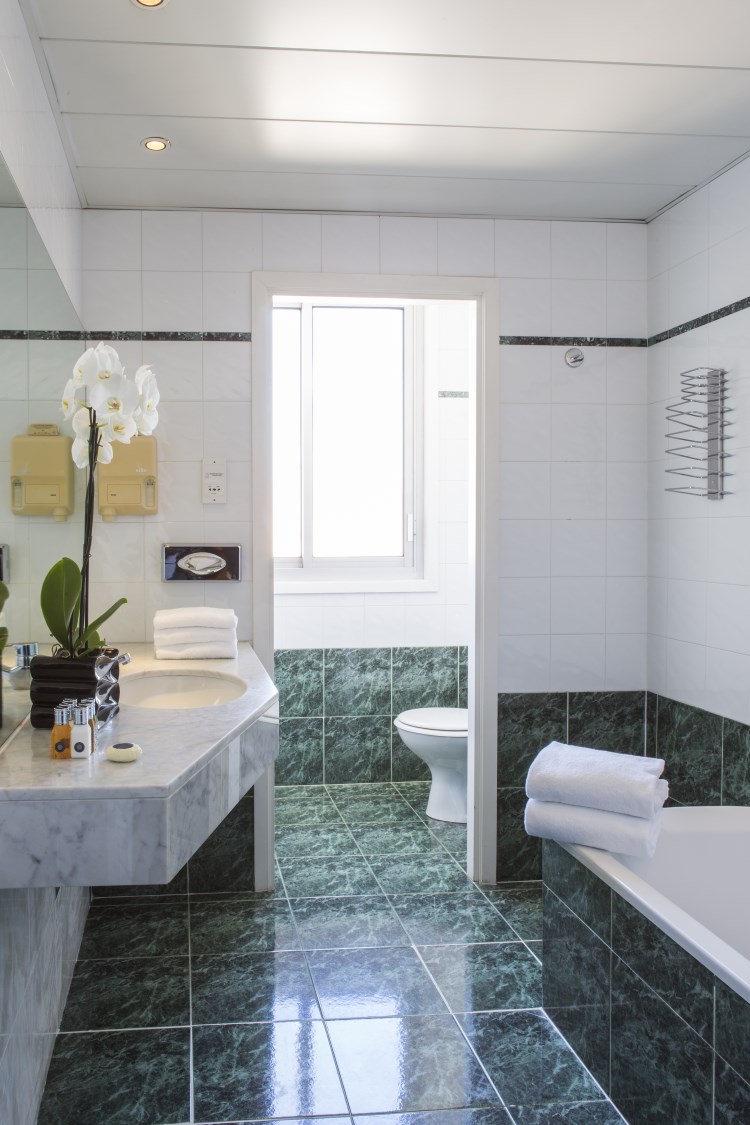 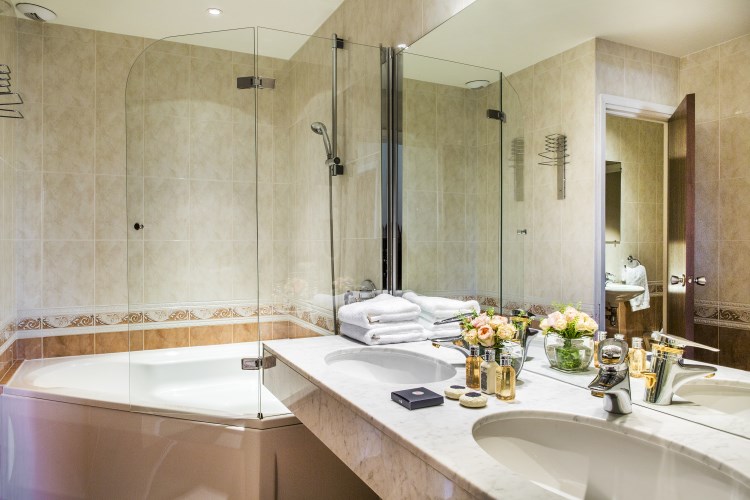 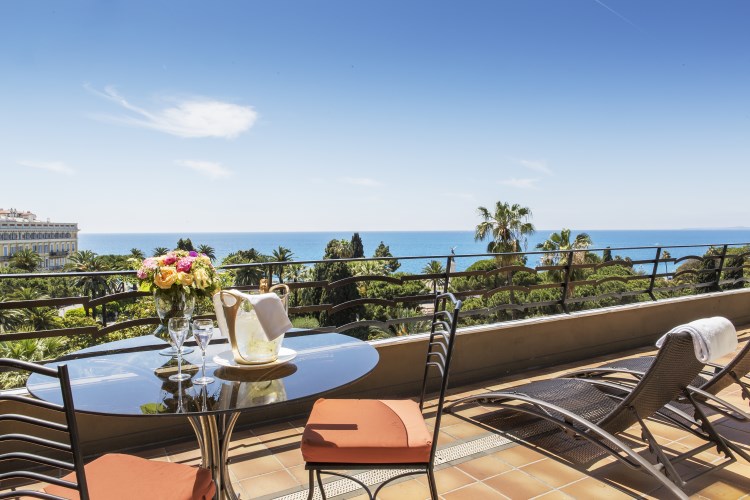 Its main asset is its panoramic restaurant “La Terrasse”. Opened in summer, it gives a breathless 360° view on the Promenade des Anglais, the Place Masséna, the old town, the Albert 1st gardens and the Mediterranean sea. It offers refined cuisine made of international and French meals. 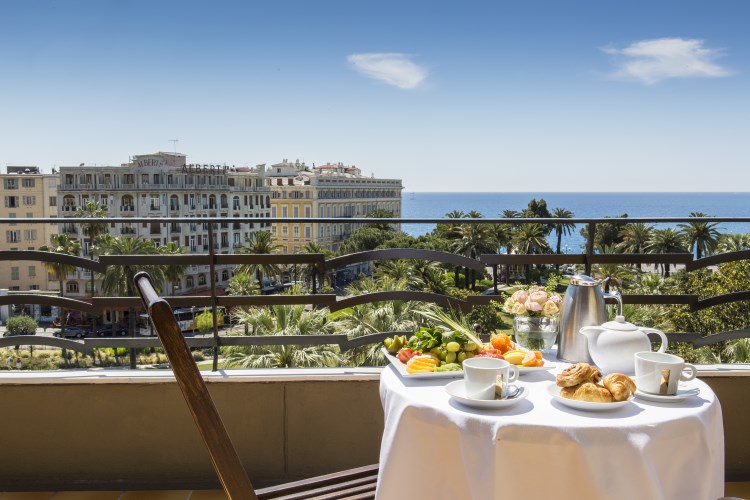 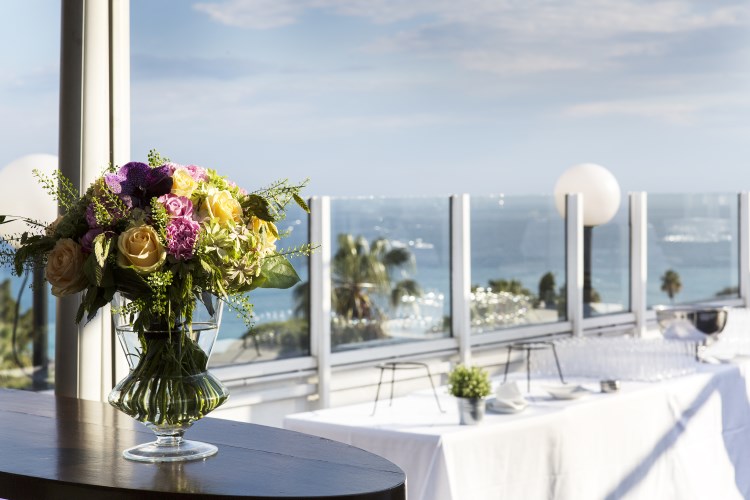 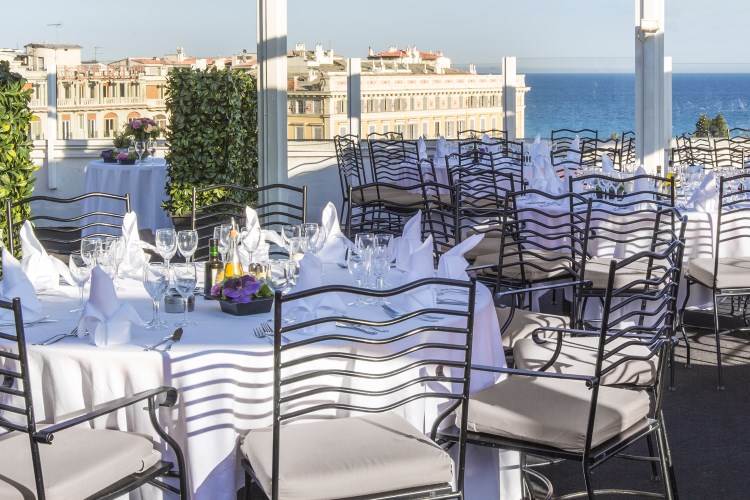 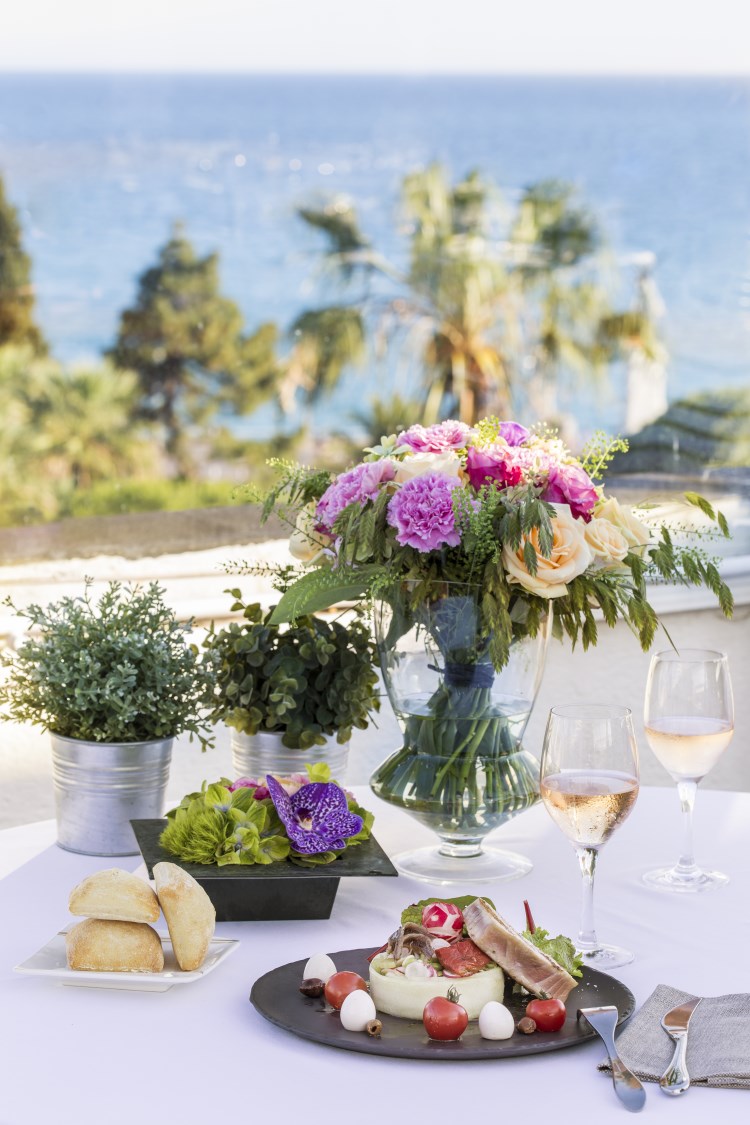 The B4 Nice Plaza’s location is interesting for Congress attendants due to its proximity with the Palais Acropolis and for opera’s lovers. The hotel is in the heart of luxurious shops’ area.

With six meeting rooms, the B4 Nice Plaza hotel is the perfect place to organize conferences and seminars. Up to 390 guests could attend to those. 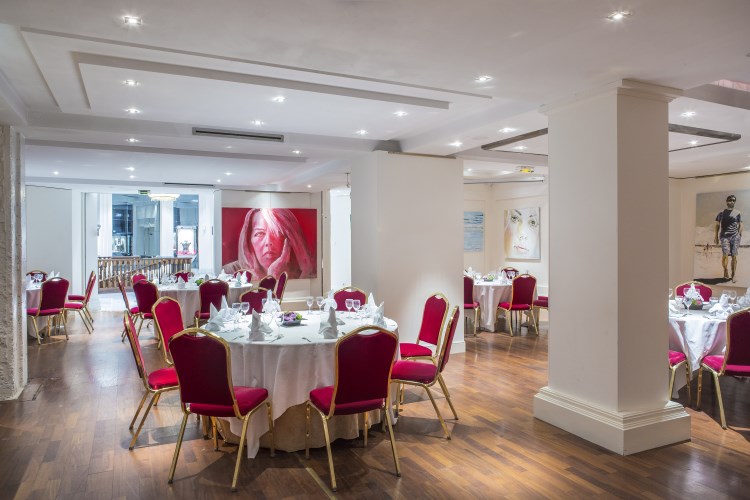 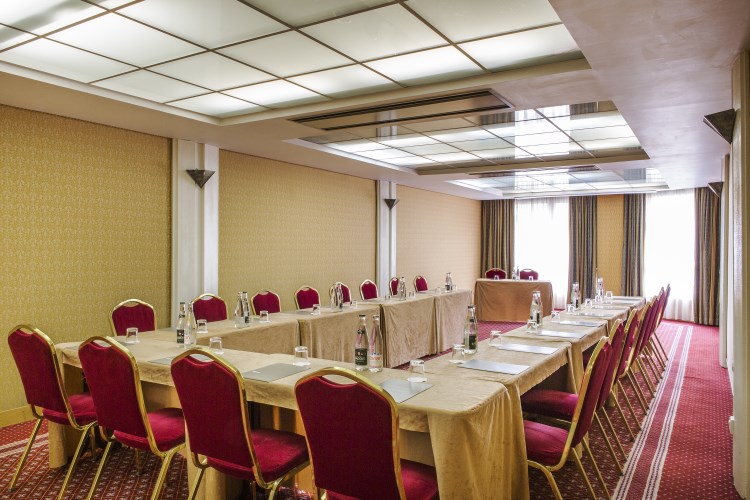 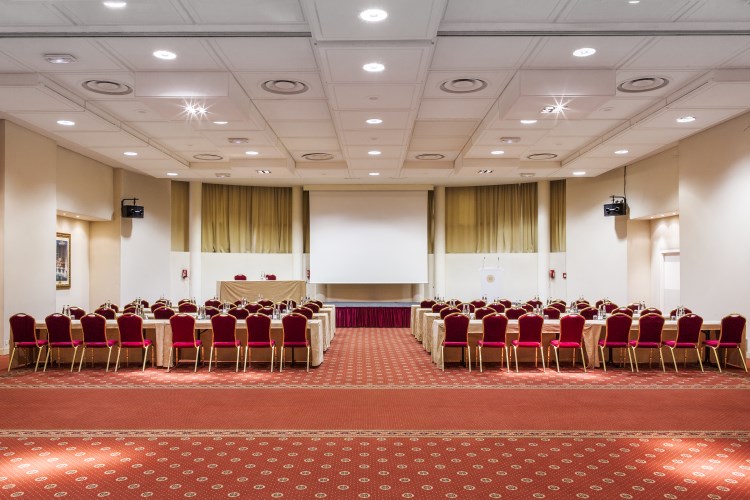